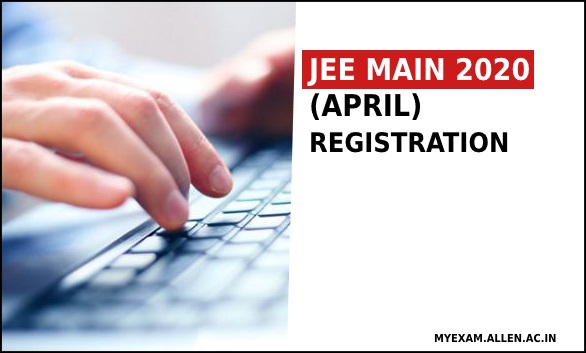 Last year, more than 70 per cent of the students gave both January and April JEE Main exam.

The country’s most prestigious engineering entrance exam, JEE Main April attempt will be conducted on 5 April, 7-9 April and 11 April 2020. Earlier, it was supposed to be held from April 3 to April 9, 2020.

[quote]The online application for the exam will start from 7 February and shall remain open till 7 March on official website : jeemain.nta.nic.in[/quote]

The admit card for the exam will be released on 16 March, while the JEE Main 2020 April attempt result along with All India Rank is expected to be announced on 30 April.

ALLEN Career Institute’s Career Counselling Expert said a total of 921261 candidates were registered for JEE Main 2020 January attempt out of which 869010 students appeared in the exam. According to last year’s data, more than 70 per cent of the students appeared in both the attempts. Last year, 874469 students had appeared in JEE Main January attempt while 881096 students appeared in April attempt, out of which 68440 students gave both January and April examination. The main reason for this is that the higher percentile score obtained in January and April attempt is considered for the eligibility of JEE Advanced and for issuing JEE Main All India Rank. So this year also there is a possibility that more students will appear in the upcoming JEE Main April Examination. Students who have scored less than 95 percentile must apply for the JEE Main April exam.

How to Apply for JEE Main 2020 April Attempt

Step-2 : Click on Apply for JEE Main April 2020 Link (Link will be displayed on official website when online registration will start)

Step-3 : If you are a fresh candidate than Fill in the Application Form, Upload Scanned Images, Pay the Examination Fee & Click on Apply